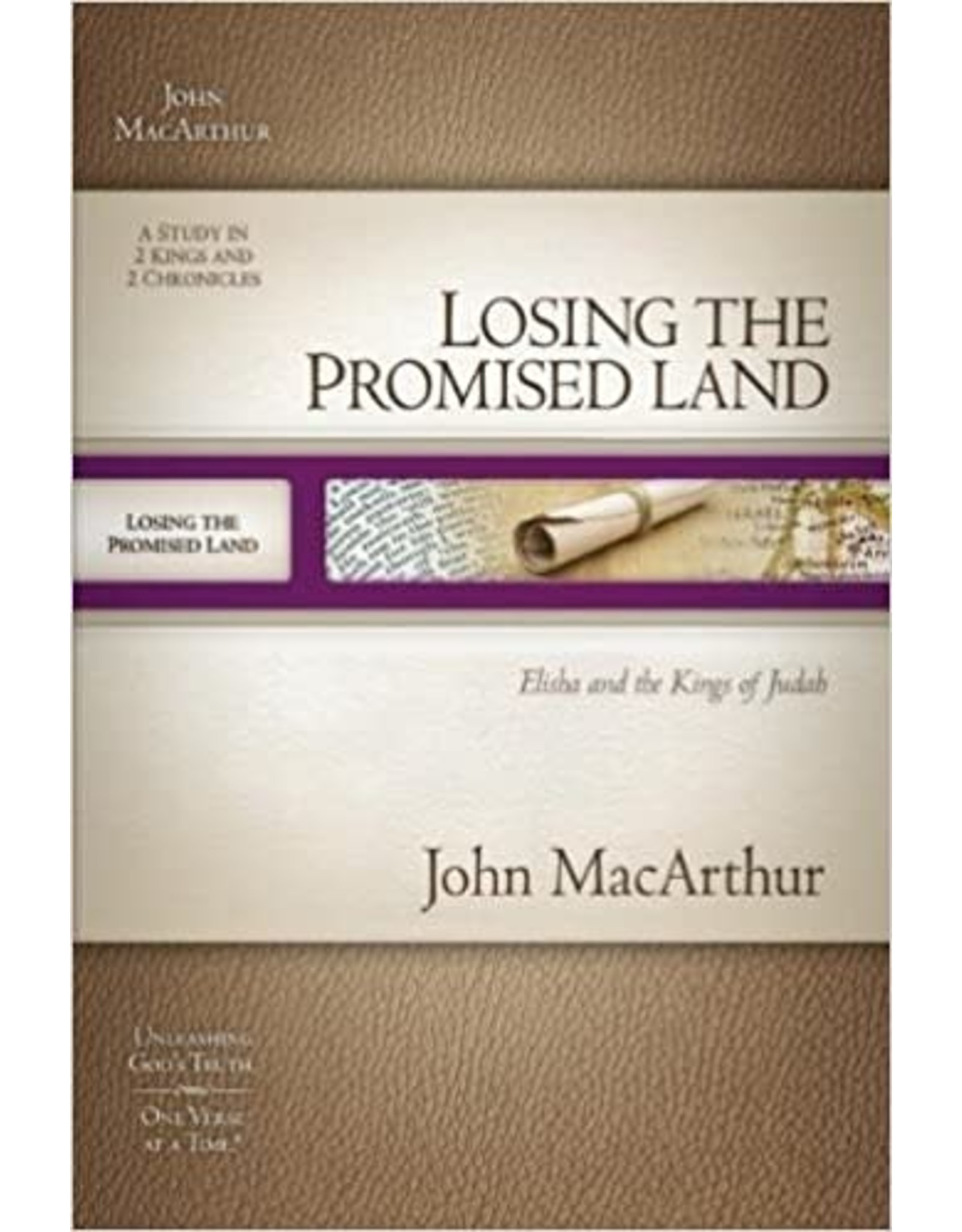 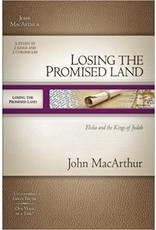 This new study of the Old Testament from trusted scholar Dr. John MacArthur provides thorough insights into a sometimes little-studied portion of the Bible.

A widow watches as her dead son is brought back to life. A man is cured of leprosy by simply dipping himself in a river-while another man is struck by leprosy when he accepts an unwarranted gift. The nation of Judah witnessed great miracles and great failures, as her kings vacillated between serving the Lord and following pagan practices. This was a time of decision for God's people-would they serve the Lord with a whole heart, or divide their loyalty between God and pagan deities?

Losing the Promised Land: Elisha and the Kings of Judahtakes an in-depth look at this historical period beginning with the first kings of Judah, continuing through the ministry of Elisha, and concluding with the nation's exile. Studies include close-ups of Elisha, Naaman, Elisha's servant Gehazi, and others, as well as careful considerations of doctrinal themes, such as "Renewing God's Word" and "Being Wholehearted for God."