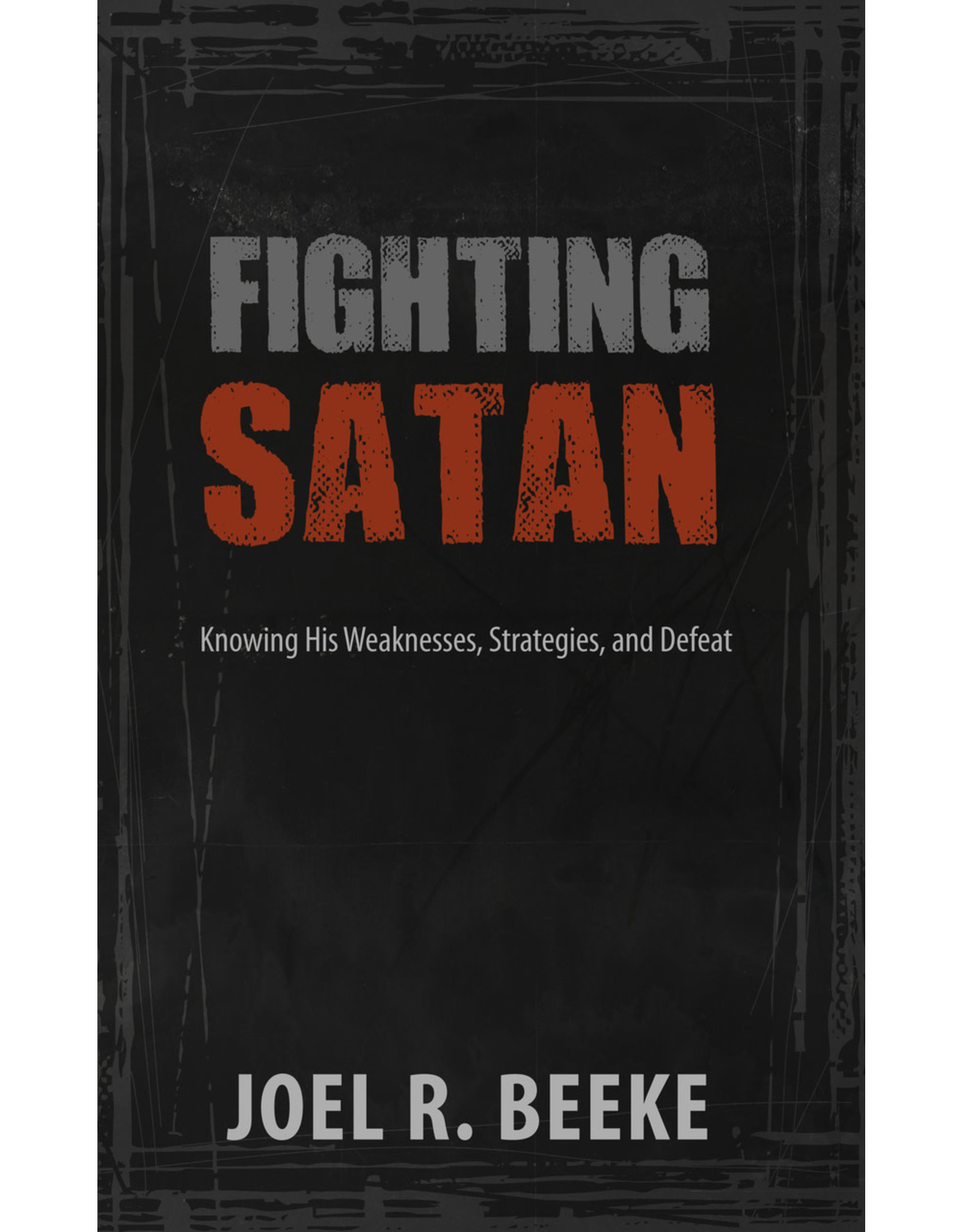 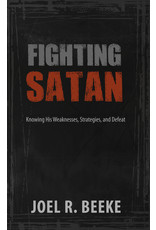 This title was formerly entitled Striving Against Satan.

If you are a true believer, Satan hates you because you bear the image of Christ and because you were snatched from his power. You deserted Satan, and he wants you back. He wants to sift you like wheat. While we should not overestimate Satan’s power, to our peril we underestimate an enemy who is living, intelligent, resourceful, and cunning.

Every Christian is in a battle that is fierce, spiritual, and necessary between the kingdom of darkness and the kingdom of the Lord Jesus Christ. We need to know the enemy—his personality, his strategies, his weaknesses, and his defeat at Calvary and his final judgment.

In a day when society has in many ways placed itself under Satan’s rule, when Satanism is flourishing in Western nations, when certain branches of the church are preoccupied with “deliverance ministries,” and when others deny the devil’s existence, Fighting Satan is a sober, practical perspective on this vital subject. Joel R. Beeke states, “We must know our enemy. . . . We must know how to withstand him and what spiritual weapons to take up against him. We must defeat him by faith through lives that bear fruit and spread the truth.”

With questions for reflection and discussion at the close of each chapter, Fighting Satan is ideal for group and individual Bible study.

“Joel Beeke’s Fighting Satan anchors in the bedrock of a noble exposition of the Christian life viewed as homo viator (the pilgrim traveler) embattled in a war with Satan at his heels. It is in the same line as John Bunyan’s Pilgrim’s Progress, William Gurnall’s Christian in Complete Armour, and Thomas Brooks’s Precious Remedies against Satan’s Devices. Succinct and deeply pastoral, Dr. Beeke’s little volume has all the marks of a Christian classic. Read, mark, learn, and inwardly digest and get ready to fight the good fight of faith. This will help you view the Celestial City and the assurance of Jesus Christ.” — Derek W. H. Thomas, senior minister of First Presbyterian Church in Columbia, South Carolina, and the Robert Strong Professor of Systematic Theology and Practical Theology at Reformed Theological Seminary in Atlanta, Georgia