Contending for Our All

Home / Contending for Our All 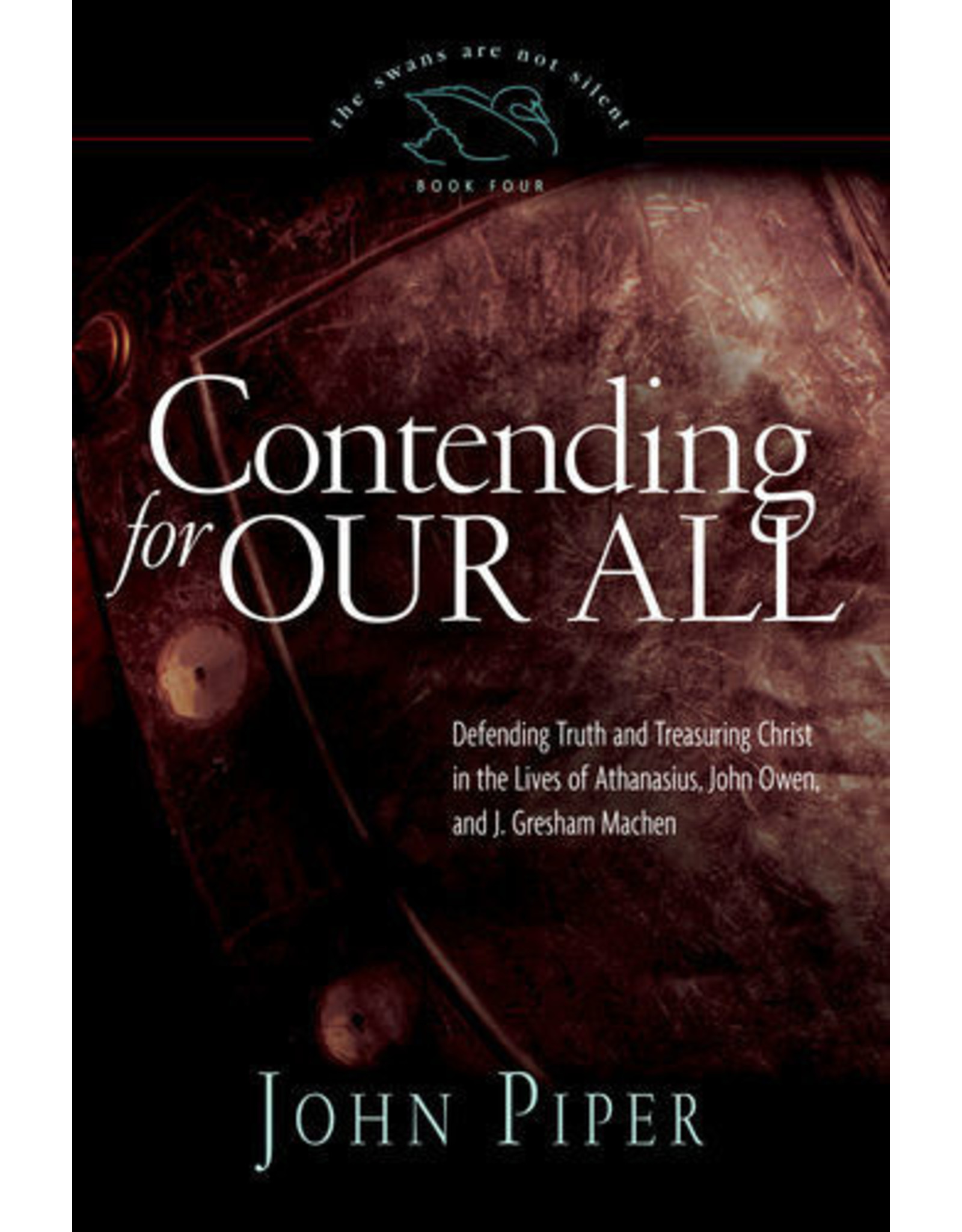 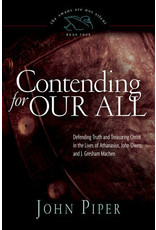 When Augustine handed over the leadership of his church in AD 426, his successor was so overwhelmed by a sense of inadequacy that he declared, “The swan is silent,” fearing the spiritual giant’s voice would be lost in time. But for 1,600 years Augustine has not been silent—and neither have the men who faithfully trumpeted the cause of Christ after him. Their lives have inspired every generation of believers and should compel us to a greater passion for God.

In his fourth book in The Swans Are Not Silent series John Piper explores the lives of Athanasius, John Owen, and J. Gresham Machen—a bishop, a pastor, and the founder of a seminary.

Each of these men stood for the truth of the gospel in the face of intense opposition—all out of a deep love for Jesus and a desire for people to know him in his fullness. They took no joy in controversy for argument’s sake, and they were willing to suffer for the sake of guarding the sanctity of the gospel. Threats of harm, years of exile, the death of loved ones, opposition from friends and authorities, sickness and pain—none of these setbacks could keep these three from maintaining their efforts to further the gospel or quench their zeal for Jesus himself.

In each of their lives, personal holiness was emphasized publically and privately despite suffering. They were true soldiers for the sake of the cross, and each man offers life lessons for Christians today. We pray that their perseverance, courage, and resolve will arouse such Christ-honoring passions in you.

Part of the The Swans Are Not Silent series.