A Guide to Christian Living, Leather 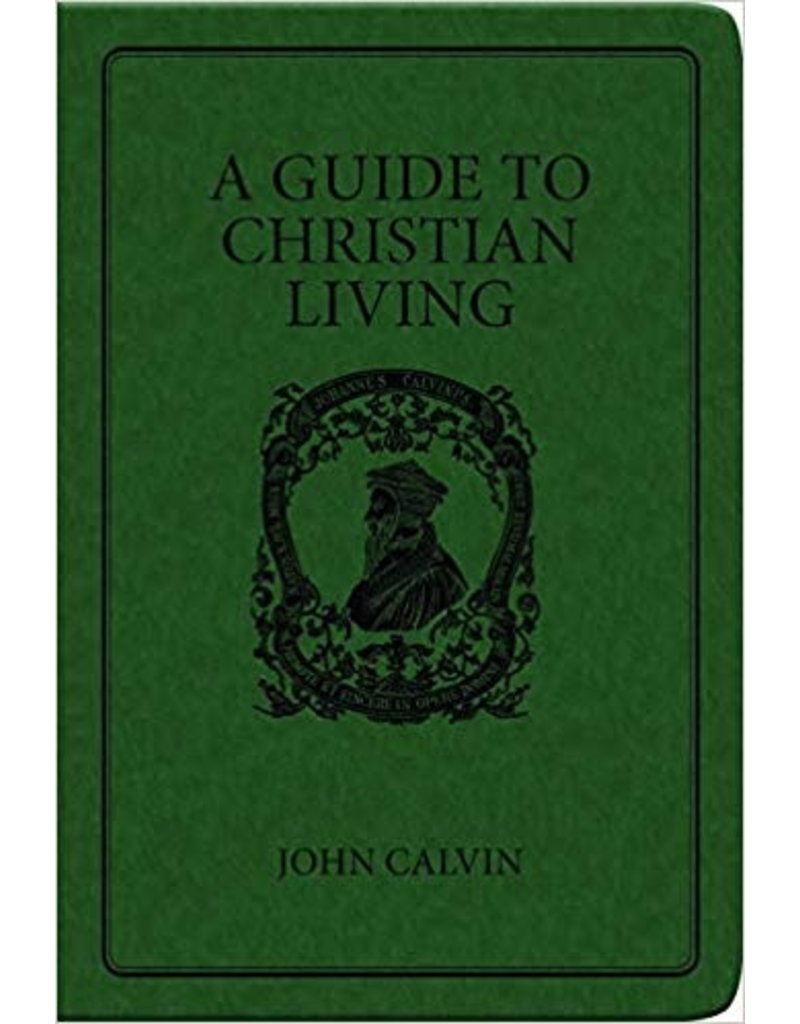 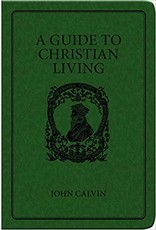 Introduction:
When John Calvin began writing his Institutes of the Christian Religion, he had in mind a short doctrinal work - a handbook or manual -which would set out, in straightforward fashion, the essentials of the Christian faith. Although the sustained persecution of Protestants in France led him in time to accentuate the apologetic nature of the book, the Institutes, as first published in 1536, remained a work of Christian instruction, intended, as Calvin says in his prefatory letter, for those who were 'touched with some zeal for religion', and principally for those among his French compatriots who 'were hungering and thirsting for Christ', and who 'might be shaped to true godliness'.
A second edition of the Institues followed in 1539. More elaborate and comprehensive than the first, over twice as long, it was, like the first, written in latin, and thus accessible only to a limited readership. The need for a French version, already apparent to Calvin in 1536, was overwhelming. Accordingly the Reformer, on his return to Geneva in 1541 after a three-year absence in Strasbourg, entrusted his French text to Genevan printer Michel du Bois, who placed it in circulation tht same year. Like the second Latin edition on which it was based, the first French edition comprised seventeen chapters, the last being entitled 'On the Christian Life'.
No chapter better corresponds to the author's original intention than this. It offered a clear, balanced set of directions and encouragements to all who desired to live according to the gospel. Strong in its theological affirmation of God's righteousness and providential care, of the reconciliation won for us by Chris and of the Holy Spirit's work of sanctification, it was equally strong in its pastoral concern for believers who were beset by their own weakness and sin, who daily endured trail and tempation and who nevertheless, united to Christ by faith, share in h is life and tasted his power.
The Christian life, as Calvin describes it, is lived simultaneously in the shadow of the corss and in the bright light of the resurrection. That the writer himself knew something of the cost of discipleship is clear from a consideration of his own experience. The distress of exile, the burden of poverty, the hurt of slander and misrepresentation, the threat of physical harm, were all things he knew at first hand. Farel, Calvin's colleague, rightly calls him 'my good true brother, who is a partner in the cross of Jesus,...a man active and upright in the work of the gospel'. The author who speaks in the Institues about the pressures of Christian living is no armchair moralist, nor is he an unyielding Stoic for whom overt displays of emotion are a grave weekness. For Calvin tears as well as joy have a valid and necessary place: to be devoid of feeling is to be no better than a stone or block of wood. The essential thing is that, in good times and in bad, we continue to trust God who through grace has adopted us as his children, who quickens and comforts us by his Spirit, and who bids us persevere in the well-doing until our life's end.

The present translation has been newly made from the French of the 1560 Institutes, and follows the text established by Jean-Daniel Benoit in his 5-volume edition of the work. Chapter and section divisions correspond to those of the original publication, but chapter titles have been moditied and section headings are my own. Calvin ususally supplies references for the Scripture passages he cites, and these are given in the body of the text. Some brief endnotes have been added.